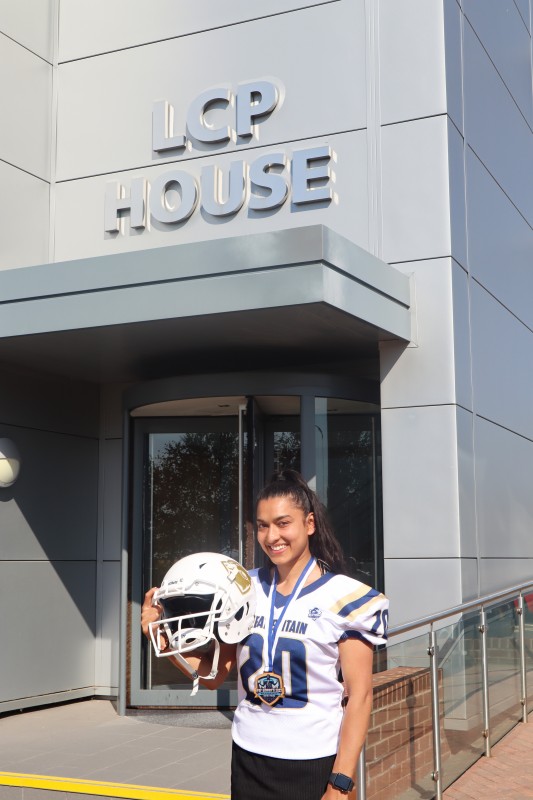 Congratulations to Sophia Klair, one of our commercial accountants, who - as a member of the Great Britain Women’s American Football Squad - came second in the International Federation of American Football Women’s World Championships 2022.

The team were beaten by USA in the finals, but their success means they are now the highest ranking in GB women's history (second in the world), having entered the competition seeded sixth.

Sophia, who travelled to Finland for the competition, said: "It was an unforgettable, once-in-a-lifetime experience, and proved to the world what we were capable of. We were the under-dogs, but we rose to the challenge and we are so proud of what we achieved."

She has played the sport for just four years and is a wide receiver in the Birmingham Lions Women’s American Football Team, in the National Women’s Football League.